At a time when the whole nation is suffering severe conditions, target killings in Karachi, bomb blasts, price hikes, and load shedding of up to 18 to 20 hours all over Pakistan. Angry and violent Public reaction is already coming from most parts of Pakistan. Violent mobs are burning cars, looting banks, destroying government and private properties and police can’t do much about it. It is further destroying Pakistan and criminal elements are benefiting from it.

We need to address the mother of all problems, corruption!

Some of us need to understand why Imran Khan is focused on the judiciary issue specifically for these protests. We need to address the mother of all problems, as all issues are linked with the core issue of corruption. If we remove corruption all departments would function properly and produce the results which we all need.

Imran Khan always stressed on this core issue of Pakistan, Corruption!. Only independent justice system can bring the big criminals under the law or otherwise consider yourselves slaves of the Status Quo. Unless the rule of law is implemented throughout Pakistan, targeted killing in Karachi, power crisis, health crisis, education crisis or anything else, can not be resolved. As everything is linked with the corruption of government, both in center and provinces. Accusing each other is a game plan to confuse and divert public reaction. Which is not really working as the protests (other than the protest Mian sab did himself in Lahore) displayed great deal of anger for the Punjab government for failing completely in providing basic facilities in 4 years!

Highlights of PTI Protest in Lahore 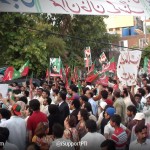 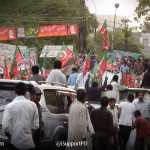 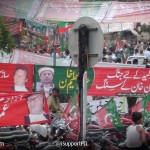 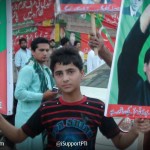 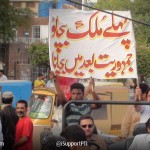 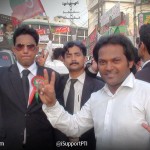 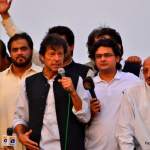 PTI held protests at the same day, 18th June, in Islamabad, Lahore, Karachi, Peshawar, Faisalabad and Quetta. Thousands of PTI protesters in all cities came up in support of PTI to save Pakistan. Imran Khan led the protest in Islamabad, Lahore protest was led by Shah Mahmood Qureshi, Karachi protest by Dr. Arif Alvi, along with other PTI officials in all areas. Thousands of PTI supporters, workers, and members showed up in the protest in a peaceful way without destroying any public and private properties. They had more passion and commitment to save Pakistan than ever before.

Karachi protesters were manhandled by police and Dr. Arif Alvi was arrested for some hours. Many PTI supporters and ISF students were injured when the Karachi police started using water cannons and used sticks freely to attack the peaceful protest of PTI. Youth showed great resilience and continued the protest until the release of PTI leaders. The Chairman Imran Khan condemned the brutal act with strong words and reminded Zardari regime that PTI will not stop supporting independent judiciary which will ultimately end his illegal, and immoral government in Pakistan. Imran Khan told Zardari that he will end up same like Gen Musharaf and there is no future of him in Pakistan politics.


18 June was the day to start the protest nationwide which will not end until Pakistan is set free from the corrupt clan. Imran Khan said to all PTI supporters and Pakistan loyalists to stand up for their rights and get ready to protest.