PMLN is the other name for disaster in Pakistan. Today is another dark day in the history of Pakistan. The incompetent, sluggish and corrupt government failed the people of Pakistan once again. Their priorities are crystal clear for the nation, the greed for wealth and power has made them completely blind. Instead of releasing the research report and punish the culprits who removed the oath to the finality of Prophet Muhammad SWS. Gov charged on the protestors demanding the resignation of law minister Zaid Hamid. Not only that they even went on shutting down all private media channels, social media sites such as Facebook, Twitter, and Youtube also remained closed since the offensive started in the capital of Pakistan. Media experts are comparing this to Musharraf’s media blockage during the dictatorship. By shutting down the media, the government has created panic in the country. Resulting in roadblocks all over the country in support of the protestors by the religious organizations.

Seems like Nawaz Sharif is trying to create the crisis in the country to get away from his corruption cases. Trying to throw down his own party’s government in an effort to save himself from corruption cases in NAB. It’s better for Nawaz to surrender now instead of bringing life to a standstill in the country just because he doesn’t have an answer to “how he got all the wealth to buy the assets his family owns”. 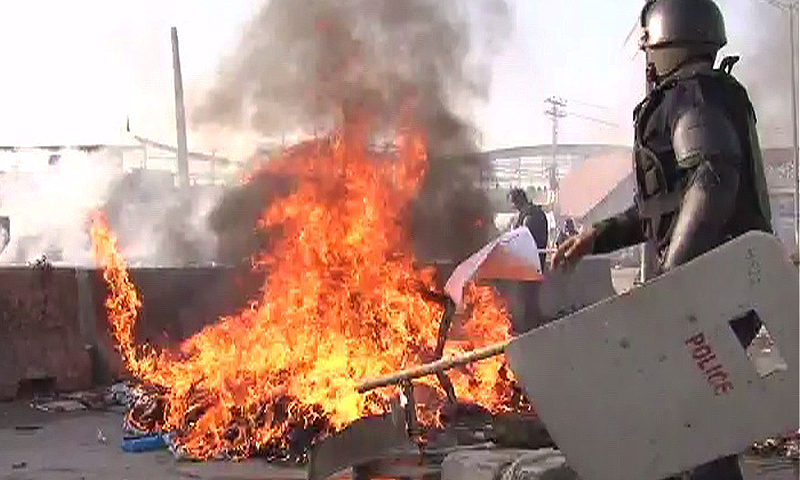 There are reports of hundreds of causalities and the Pakistan army has been summoned to the capital to aid the failed PMLN government. We hope the social media and private media channels will be reopened soon. What are your thoughts on this blackout in Pakistan today? Do let us know.