Imran Khan to be aware of planted & compromised people inside PTI

Imran Khan to be aware of planted & compromised people inside PTI

The incharge of the election campaign and management for 2013 general elections was Javed Hashmi who proved with his actions to be a planted man in PTI by Nawaz league. This strategy is in place by both PPP and PMLN to somehow stop Imran Khan from what he is doing. This is not something new, JUNG/GEO group have been doing this with other media houses by planting their own people in them. This is one evil and effective way to slow down your opponent by infiltrating from within. 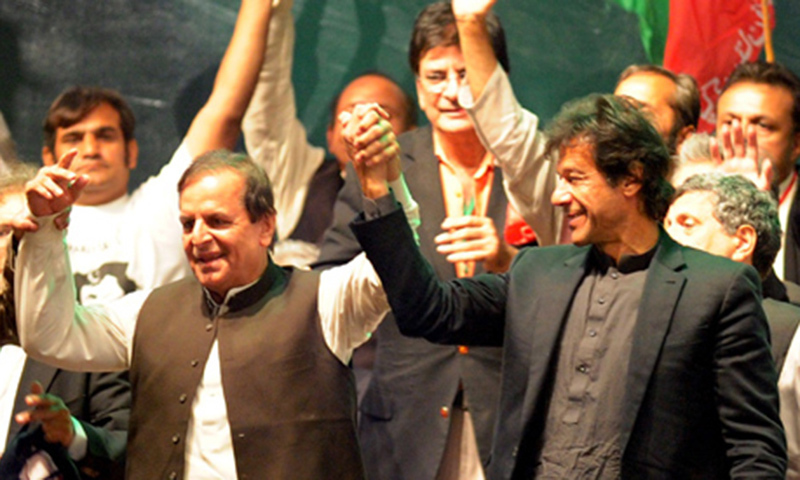 Having a system for PTI is now more important than ever before.

3rd PTI Membership Campaign has been launched but that too appears to be not different than the first 2 and lacking the essential elements. Imran Khan must be very careful in choosing the people around him. There is something in PTI which is not letting the party become an institution as per Imran Khan’s vision for Pakistan Tehreek-e-Insaf. The members and supporters of PTI need to realize this and should strive for it to happen.

All those who have betrayed Imran Khan so far have proven connections with PMLN openly or in disguise.

They either were the planted ones or compromised later. If there is a system in PTI such people won’t be able to jump and come on top. For instance whenever we see Gulalai we wonder why PTI even gave her the reserved seat when there were more competent and senior PTI women present.

We also expect PTI to take action in due time against anyone who is not following the party vision. Soon after the 2013 General Elections PTI received a lot of complaints about Javed Hashmi taking bribes promising tickets. It was the first election for most of the PTI candidates but not for Javed Hashmi. Coming from PMLN he knew better than anyone else the tactics to maneuver elections.  PTI should have expelled him before he stabbed Imran Khan in the back. Imran Khan must take some hard decisions for the party in order to put it on the right track and discipline it before the big job. There is only one personality we trust and that is Imran Khan and he must constitute the system for PTI which should protect the party for the long run. People used to traditional ways of politics in Pakistan are not familiar with a system for a political party. Parties work on personalities here and they overplay any vision or constitution. But not in PTI case, we have a vision and we have the leader to make it happen.