Watching the crowd at Hafizabad Kisan Convention it appear the popularity graph of Imran Khan’s PTI is certainly not falling down. Thousands of farmers along with their families were present at the convention. Khan sahab clearly stated the poor condition of Pakistani farmers and their inability to compete with Indian farmers in the region just because they are not governments priority. Being an agricultural country having anti-farmer policies is not only hurting the poor farmers but also Pakistan’s economy. 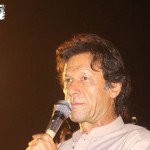 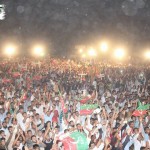