A new PTI office named Insaf House is opened in Lahore Faisal Town, on 30th January 2015, with the mission to strengthen the party, empower workers and supporters and implement rule of law in the party as per Imran Khan’s vision.

Intra Party elections before General Elections 2013 could not produce desired results. It was the first time any party conducted such large scale intra party elections in Pakistan and also in its overseas chapters. Many people complained after the elections that they were manipulated at which the Chairman Imran Khan ordered an inquiry. The inquiry report by Justice Wajih ud Din stated that the elections were rigged and the party elections will be held again in March 2015.

Party workers and members are concerned if the same people sitting on powerful positions in the party will be able to manipulate again or will they get a chance to compete fairly with them. Hence party members and workers have started to reorganize and prepare for the next intra-party elections.

Participants at the inauguration of Insaf House complained that after party elections the top level officials like Presidents of the cities completely ignored the UC level elected officials of PTI and did not take their input for General Elections 2013 candidate selection.

Noteable PTI leadership present at the occasion of inauguration were, Mian Tariq Mehmood, Ch. Waseem Zafar, Naseem Zehra, Amin Zaki. Mian Tariq welcomed anyone who would want to come and work at Insaf House Lahore. It is located on 13b main boulevard Faisal Town.

PTI is setting unique examples of self criticism and is improving with each passing day. If we are able to hold ourselves accountable then it proves that the party is capable to implement laws equally on everyone without any discrimination of any kind! 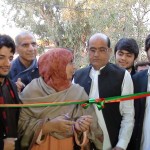 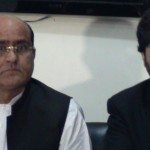 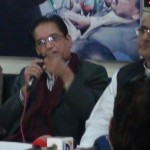 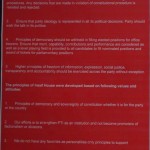 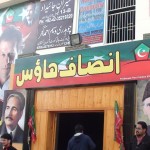