Azam-e-Nau is a 15 days ISF membership drive targeting private colleges and universities of Lahore. Having more than 100,000 members in Lahore, ISF is looking forward to expand its members in private organizations. ISF is continually working side by side with its parent party PTI to strengthen Imran Khan’s cause to end corruption and bring rule of law in the country. ISF played an essential part in all PTI protests, public processions and were in the front lines of Azadi March.

Having more than 100,000 members in Lahore, ISF is looking forward to expand its members in private organizations

Imran Khan built and trained his party to never give up. The same is reflecting now in ISF that despite all the pressures, restrictions, and precautions they are continually progressing to materialize their dream of Naya Pakistan. It also proves wrong all those journalists wrong who were saying that party workers are tired now after Azadi March.

We wish ISF success and lots of progress for Naya Pakistan. And encourage our youth to step up for Pakistan and play their part in saving this country from unreliable and corrupt hands. 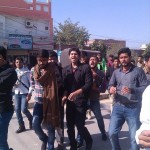 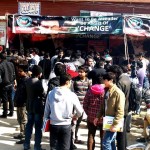 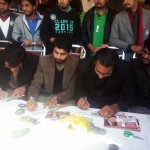 ISF is tigers of Imran Khan