Overseas Pakistanis in different parts of the world are sturdy PTI supporters. They are the biggest PTI donors and have been funding for PTI ever since its inception. This Friday PTI supporters in USA gathered in New York on a working day to protest against the corruption and election rigging of Pakistan PM Nawaz Sharif. PM Nawaz Sharif was visiting USA to participate in the UNO conference.

Unexpected crowd was seen in front of the U.N headquarters chanting “GoNawazGo and “NoNawazNo” slogans. People traveled from different parts of USA and Canada to raise their voice against the injustice and corruption in Pakistan. Families started to gather well before the arrival of Nawaz Sharif, thousands gathered and stayed there. while a few PMLN supporters who showed up left the place. The number of PMLN supporters were embarrassing for the ruling party. 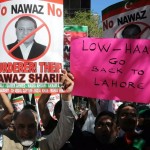 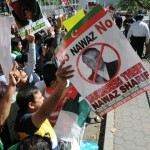 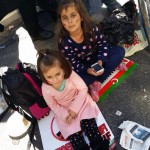 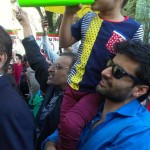 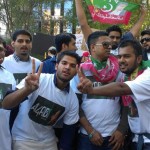 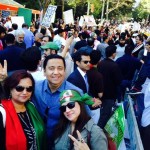 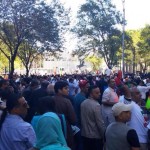 This day will be remembered for a long time in the history of New York that the Pakistani nation showed that they can stand for justice against the ruling elite. They rejected the ruling class and gave them a strong message, if they listen. Pakistani people are awakening throughout the world, and the demand for justice is getting stronger and stronger with every passing day. There are also reports on the media that Nawaz Sharif cut his trip short and coming back to Pakistan today. He was planned to stay for another day.

With this protest the American government would also understand that the time for their puppets in Pakistan is over.

For those who would like to talk about the embarrassment for Pakistan, I would like to tell them that isn’t it embarrassing for Pakistan when our key government officials are involved in corruption and rigging, and are famous for this in the whole world? What sort of message do you give to the world with the rate of loans, unemployment, poverty, crime, corruption and terrorism in Pakistan? I think this is a pride moment for the Pakistani nation as its proving to be awake and can stand for justice.

We congratulate Pakistani Americans for their actions and support for Pakistan Tehreek Insaf.