PTI Jalsa in Multan was the biggest in the history of the city. Unbelievable numbers came out to support Imran Khan’s PTI. Without a doubt Multan rose up to welcome Khan and showed its support and trust on the leader of change in Pakistan. The tragic incident of stampede at the end of the Jalsa when people were trying to leave Qasim Stadium stopped us to celebrate the success of PTI in Multan.

Eight more precious PTI supporters gave their lives in this struggle for change and rule of law in the country. We have been to over a dozen PTI grand public gatherings where there were hundreds of thousands people gathered. We know how congested it becomes. And its never easy to leave the place as almost all grounds have iron fences and limited gates. First thing we observed in almost all other PTI Jalsas that the entry and exit gates were the same. They should never be the same. Secondly initially police check people and line them up to move inside. But once its fully filled and the gates are crowded, police either vanish or they just stop managing the people and a blockage starts. One has to struggle to get in or get outside the ground. Other than this everything else have always been super good. PTI conducted the biggest and most numbers of public gatherings all over the country in the last 4 years successfully. Other than the incident of Imran Khan’s injury and this one in Multan. In Multan’s incident, firstly the place was overcrowded, I don’t think this many people would have ever entered Qasim Stadium. Secondly cutting down the electricity was a blunder, if planned then it was an ugly crime. The two gates opened were not even fully opened, only one part of gate was opened, which also raises serious questions on the management. Whoever was in charge of the exit and entry points. And we know police is in charge of this, PTI never has its people on security and management of the venue.

The public also needs to realize the value of patience, nobody wants to wait and give other way first to keep smooth traffic. Everyone has to go first, which makes a crisis situation when there is no light and there are people all around. We experience this on the roads as well. We need to stop and think as a nation on this issue.

We saw videos in which there is no light and people are screaming. The pain is felt nationwide, not only in PTI supporters and followers, but on Pakistanis altogether and they showed their concern and support. Group prayers were offered in many parts of Pakistan mainly Karachi, Lahore, Islamabad, Multan and other areas. Khan Sahab also made the statement same night that in any next public gathering complete management and control will be with PTI and they will not trust the government for this. 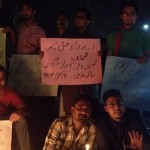 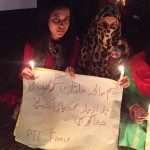 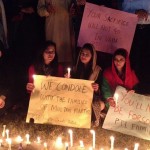 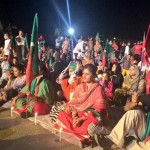 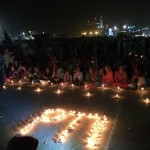 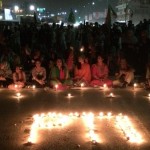 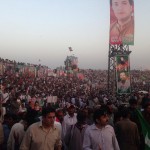 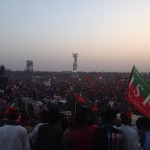 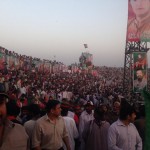 N league has done this serious damage to their trust level with the public and specially PTI which is representing public sentiments, and that is resulting in massive turnout on PTI protests all over the country. And we know Imran Khan never use any illegal, unfair, immoral ways to bring the public at PTI jalsas. We are a part of his team and we know people come by themselves and PTI representatives and leaders from different areas work on their own without any party funding. We have been facing serious misuse of government powers and the existing government is involved in all sorts of scams and crimes. Even after 50 days of protest they failed to give justice on any issue, and continually acting strange.

Despite this serious accident and loss of lives, people continue to chant GoNawazGo and such sacrifices can not discourage anyone. All PTI Family is in high spirits and fully dedicated and committed to bring the badly needed change in the country. People are concerned, worried and sad for the families who lost their loved ones. InshaAllah time will prove their struggle was worth it & PTI will never give up to find out the culprits of this massacre and bring them to justice.

@DrAwab there was complete blackout everywhere outside the venue. This was a big factor

@jasmeenmanzoor It wasnt PTI fault.. When police does such things, what can PTI do.. Police removed the stairs.. i was there in Jalsa..!!

Jalsa should have been in an open area. Mismanagement on PTIs side mixed with authorities not cooperating resulted in this tragic incident

Lights went off, only two gates were opened for 200000 people and some so called intellectuals have the audacity to put the onus on #PTI

Ok, so PTI was not responsible for exit points. But as a normal pti worker I would be seriously concerned about the amount of pple in n outside of stadium n made sure exit points were open. PTI is transparent n accountable party, it needs to show this in the result of its enquiry more importantly in the implementation of techniques such as crowd control, only than will it preserve it's place within its workers of high esteem n disclipined party.

we shared from our experience that PTI do not control the entry and exit gates of Jalsagah, its always the police. But however after Multan Incident, the party will manage it by themselves. Its our people who lost lives,and it will be PTI who will fight to protect its people.

It’s actually a nice and helpful piece of info. I’m glad that you simply shared this helpful information with us. Please keep us up to date like this. Thanks for sharing.