Abdul Basit Shikrani was PTI candidate from PP268. Abdul Basit is a simple man, who sold all his valuable to compete in the General Elections 2013. He even sold his shop which was his source of income. He was arrested on 25th August and still in jail. Police had filed advanced FIR against Abdul Basit and arrested him from his home at midnight when he was sleeping in his bedroom. Police misbehaved with his family and humiliated Abdul Basit.  This is how PMLN is now using police to take revenge from people who supported PTI in their areas. This is happening especially in the rural areas of Punjab.

Share this news all over the Internet and build pressure on the government to release PTI leaders illegally and immorally arrested. PTI leadership should also work dedicatedly to free people like Abdul Basit Shikrani. 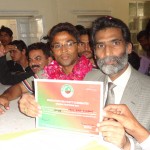 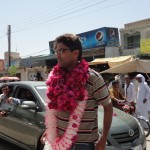 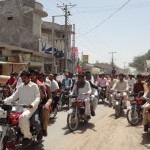