PTI held another successful Jalsa in Sialkot yesterday at the Jinnah Stadium. The jalsa ground was jam-packed with more than a hundred thousand people who were energized to bring change in Pakistan in the coming general elections.

Some highlights of Imran Khan speech are described below:

PTI Tsunami showed up once again with Imran Khan. People were enthusiastic and passionate about being part of PTI tsunami of change and Imran will take this tsunami soon to Islamabad. 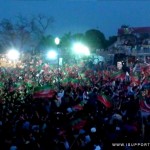 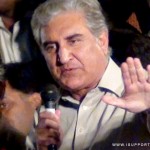 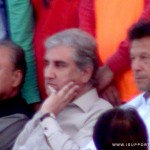 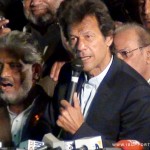 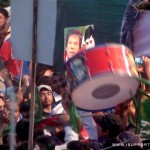 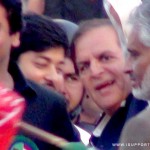 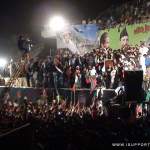 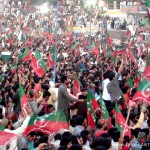 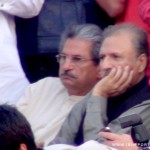 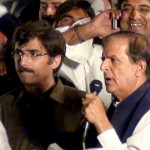 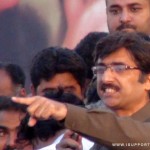 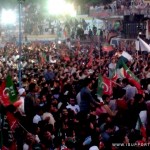 love you imran khan.. May Allah give you success all the way…

I wish PTI implement Islami Sheria
I strongly support Imran Khan. I hope he will prove him self as a true Hero in leading the country. Inshallah

i Support PTI
Reply to  Shaziaafrid

InshAllah Pakistan will become a true Islamic country under Imran Khan Leadership. A moderate country like Quaid and Iqbal's vision. Not an extremist state trying to solve matters with WARS but will solve matters will dialogues & negotiations. As thats the first choice and the last is war.

welll  . i have been a supporter of imran for years now,, first saw him back in 90`s when he was raising funds for the hospital. I was there .. but i doubt tht he wont be able to PM house..  until or unless electronic voting  or fair elections which i think is impossible ;,..however i wish u all the best and pray for your success. the youth loves u…hope keeps me going on/;